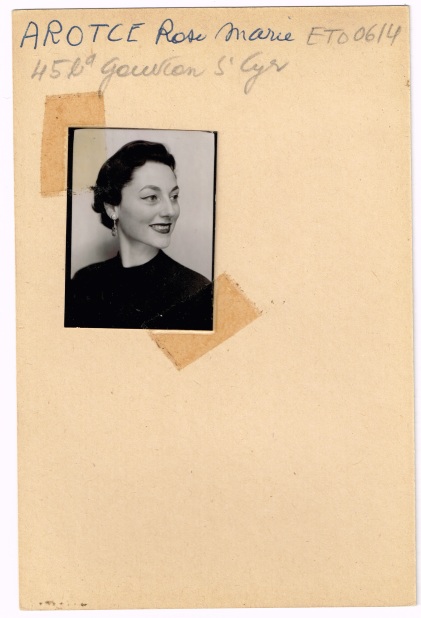 Here is another one of a series of photobooth adorned file cards from a Parisian acting agency. I had previously thought that all the photos in the series were from the 1960s, however the seller has told me that some come from the 50s as well. This one looks to me to have a definite 50s feel to it.

Each card shows an actor in a pose which they hope will entice someone to give them work. Along with Rose Marie Arotce’s address and telephone number on the front of the card, there are details listed on the back. Rose Marie’s height in metres is recorded as 1.68.  She was a model (not surprising due to her height, sophisticated style and beauty) and also a comedienne. I am very impressed that she is listed as a comedian, as even now it is a difficult field for a woman to work in. I imagine it would have been much harder some 60 years ago. The abbreviation GRC appears on this card and some of the others. I have still not worked out what it might be short for.

None of the actors, in the cards I procured, ever made it big in the acting profession, however I have set myself the task of searching IMdB to discover if any of my new photobooth friends worked at all in film and televison.

If you would like to see some of the other cards in this series, please click here. 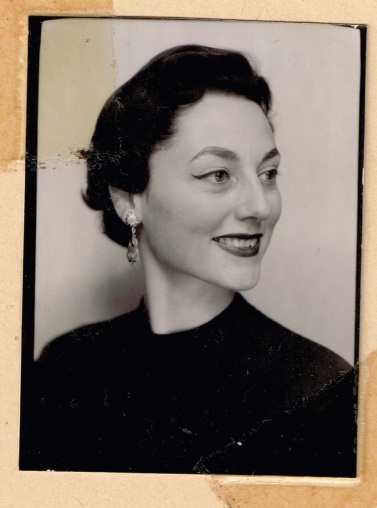