I would like to think that Lydie Lore (or Lydie Loré) had a good career as a stage actress. In an online search however, all the photos I have found of her are linked to the same seller from whom I bought this, and the other file cards from this series.

In two of these photos, (which you can see, below), she is pictured on stage with an older man. All of the photos are very professionally realised, so I have assumed that this means she was in professional productions. Unfortunately however, I cannot find any reference to her work, save for one play called La Route du Tabac, in which she performed in 1947. It is likely the two photos with the man are from that production.

So, maybe Lydie was not as successful as I would like to imagine. Like me, she may have had an addiction to getting photo portraits made, but unlike me, she chose to have them taken in a studio, not in a photobooth.

This card has more photos than most of the items in this series. The booth photos are particularly lovely, showing what an attractive, sophisticated and fashionable young woman she was. Her address and phone number are listed in pencil at the top of the card. Unlike some of the other file records from this agency, there are no further details about her listed on the back.

There are some other great photos in this series, so stay tuned to Photobooth Journal for more posts. 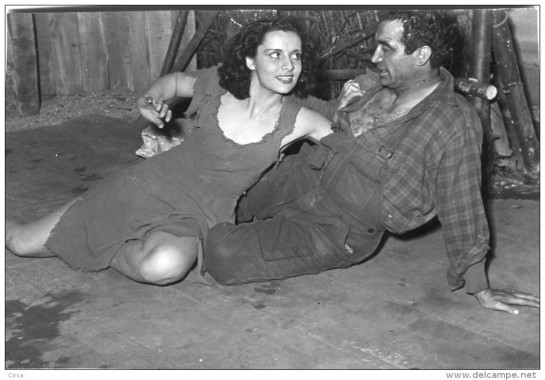