In my never ending pursuit of fabulous photobooth photos, I come across many other types of vintage photos that take my fancy. Some time ago, while browsing online, I spotted a lot of photographs of a vaudeville actor and his partner that really fired my imagination. After having purchased one group of pictures, another lot was listed, which I also bought. The seller had apparently purchased over 400 END_OF_DOCUMENT_TOKEN_TO_BE_REPLACED 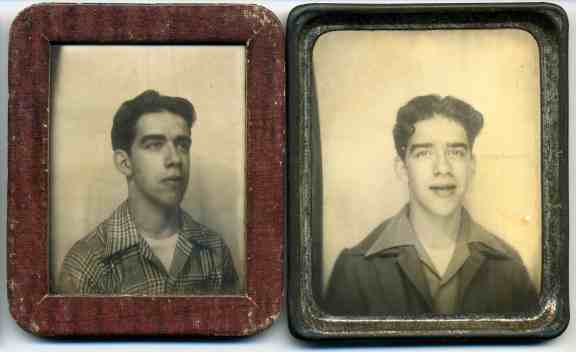 These two undated, photomatic photos from the USA, of a young, possibly handsome, possibly weird looking boy, were probably taken in the 1940s. I can’t make up my mind on his END_OF_DOCUMENT_TOKEN_TO_BE_REPLACED

My cousin Caroline and her siblings grew up in Canberra, so it wasn’t until END_OF_DOCUMENT_TOKEN_TO_BE_REPLACED 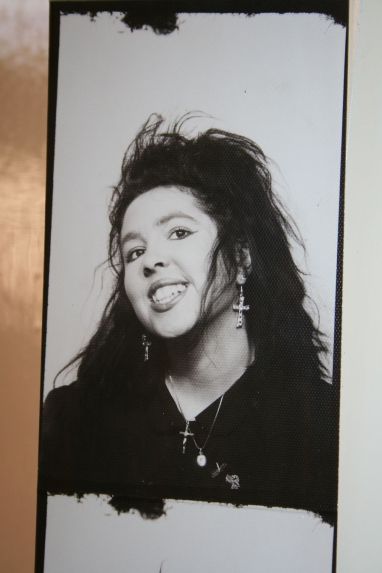 My friend Bron was so happy with her star turn on Photobooth Journal that she offered to send me some other photobooth images she has from the 1980s. Aren’t they TOTALLY FAB! END_OF_DOCUMENT_TOKEN_TO_BE_REPLACED

After a one month business course, finding a distributor, writing a 50 page business plan and
weeks and weeks of designing, I finally sent my first lot of 16 designs to a printer. So what did I do on the day my greeting cards arrived? I headed to a photobooth of course!

In 1977, the young British photographer and photobooth artist Dick Jewell self-published a small book Found Photos, a collection of photobooth images that had been thrown END_OF_DOCUMENT_TOKEN_TO_BE_REPLACED

This is my friend Bronwyn in 2 wonderful black and white photobooth photos. I met Bron in the late 1980s or early 90s, through my sister Sue. This photo dates from around the same era. Her dark and luxurious locks were died blond as was the fashion at the time. Those locks have been through numerous spectacular incarnations over the past 20 years. END_OF_DOCUMENT_TOKEN_TO_BE_REPLACED

A second strip from the first of February this year.

Still looking boxed in, eh, Kat?  No, no. Just coincidence, I assure you. 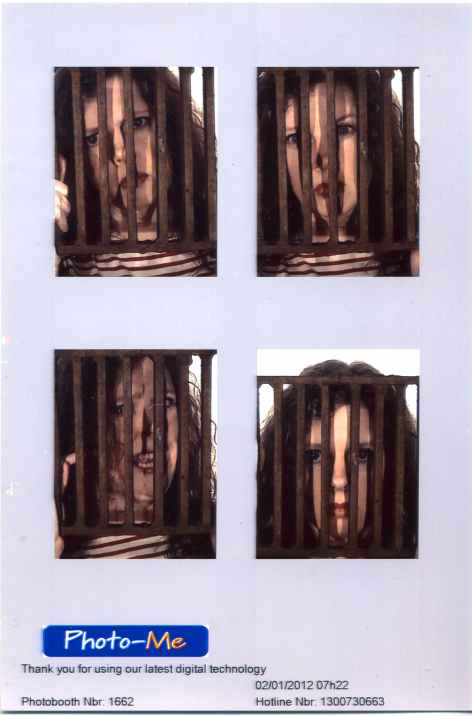 On my way to any doctor’s appointment, most of which are more than an hour’s drive from my home, I stop to rest and get a photobooth photo. Why not?  I need to rest for a while, even on these relatively short drives, due to having the neurological condition ME/CFS. The condition greatly limits what I am able to do in any one day and keeps me house bound most of the time. A half day out generally results in two or three days in bed to recover.

SO, why not analyse this photo in the context of my life at the moment, eh? Or let’s not. I found the “bars” on a walk with my pooch on a recently demolished house site. I saw some cool photobooth photos of people with faux bars and prison props that I thought I’d emulate. Stripes are a favourite of mine. Combine these factors and the result is this group of four images, simple as that.

My favourite pic. I look like a cartoon character, somehow.

PS Although the image quality in digital prints is inferior to those from chemical booths, I like the flattening of the images and stark contrasts, especially when blown up.

Up until today, all of the Photomatic photos I have written about are from the USA. Photomatic booths were different to other photobooth machines, as they produced only one photograph, which was delivered to the sitter ready framed. Frames were made of cardboard and metal in various coloured finishes. Towards the end of their existence the frames were plastic.

In Australia, the Powerhouse Museum in Sydney believes that only one photomatic machine was imported into Australia and it is possible that it was never put into service. Finding an Australian photomatic example is extremely remote, therefore finding any photomatic that is not American, was quite exciting for me.

This picture of mother and son was taken in Scotland. The Scottish seller theorised that it may have been taken at the Empire Exhibition, in Scotland in 1938. The event was an international exposition held at Bellahouston Park in Glasgow, from May to December 1938. It showcased the best of Scotland’s industry and creativity, while also offering a chance to boost the country’s economy, which was recovering from the depression of the 1930s.

I find the atmosphere of this photo to be more restrained and demure than in most American images of the same period. The clothing is more conservative and the expressions of these two are more tentative and shy than the average North American sitter. It could be that these two are not typical of the British Isles. They are just two quiet people enjoying a day out. However to me it has a particularly British feel to it; friendly, homey and comfortably welcoming. 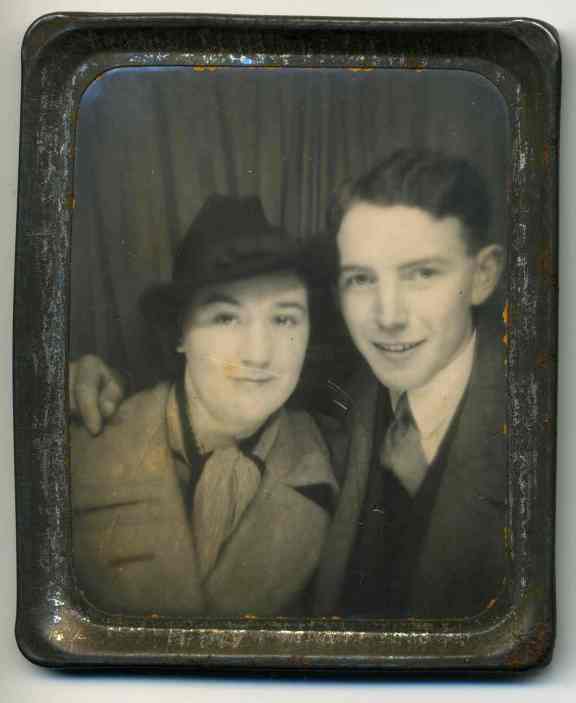 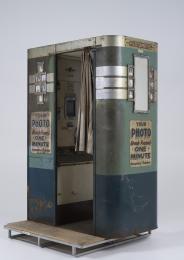