The interest that the threatened removal of the Flinders Street photobooth generated, has turned owner, Alan Adler, into a minor celebrity. It is a celebrity he could have done without. I can’t imagine what he went through, with the worry of the proposed abrupt cessation of his business, hanging over him for two weeks.

For those Melbournians dedicated to “dip and dunk” chemical photobooths, Alan has always been a much loved figure in our city. Selfishly, I love seeing him getting some public recognition for his work. A couple of days ago The Guardian did a picture essay about him. You can find it here.

I am very grateful to Peter from Documenting the Obvious photography blog, who let me know last week that an interview I did with Lomography Magazine had been published. I had been checking their site on and off, hoping to find it but without success.

The link is here if you’d like to have a read. This is the previous mention. Thank you to Ciel Hernandez, one of the copywriting editors of Lomography Magazine, for contacting me. I was very pleased to be asked.

Photo by Donna Demaio for 3AW

Clowning about in the famous Flinders Street photobooth. 30 April 2018

“The photo booth will not be removed from Flinders Street Station. We understand the significance of this photo booth and are working closely with the owner to find a new location at the station.”

Metro, the company that owns the station, now say that they understand the significance of the photobooth yet, only last week, they gave the owner Alan Adler, ten days notice to remove it after 46 years of its presence at the station. Grrr!

Metro changed their tune after local and national media coverage. Yesterday local radio station 3AW did a piece about the saga, as did National Nine News on television.

A local photographer Pinot Nior lent a hand. His post about the booth has had 989 shares, so far. One of his photos of Alan and the booth is below.

There were website articles, most notably at Broadsheet Melbourne and a print  article in The Age newspaper this morning.

There is a new Instagram page started by Veronica Charmont @flindersphotobooth where anyone can share photos from the booth.

There is also a book proposed by Phoebe Veldhuizen to collect together as many examples from the booth as possible.

Last but not least there is the Facebook group started by Sarah Rossiter, “Save The Flinders Street Photobooth”, which I told you about in my last post on this subject. The group has kept me and many others abreast of the developing story.

So one hopes that this is a permanent stay of execution but given bureaucratic tendencies towards stupidity I won’t be holding my breath!

(In the two photos below, Alan is holding a copy of Nakki Goranin‘s book American Photobooth, which is my bible for all things photobooth related.)

In January last year the administration at Flinders Street station intended to have my favourite photobooth permanently removed from its location on Flinders Street. A booth has been at the station for 44 years. Due to the hard work of some students from Melbourne University, and others, a campaign to save the booth was launched and for some 16 months was successful.

Unfortunately the threat has reemerged, as you can see from the notes the owner, Alan, has placed on the booth. There is a new Facebook group called SAVE THE FLINDERS STREET PHOTO BOOTH. The women who have started this group have spoken with Alan and they tell me that it is not his decision to close down the booth. I hope you can all join to help swell the numbers in order to make our displeasure felt and save the booth.

I apologise to the many people who have left comments on this blog or replied to comments I have made on other blogs, that remain unanswered. My health isn’t too great at the moment. I will get back to everyone as soon as I can.

I have written about Dick Jewell previously on this blog. In 2011/2012 we worked together on a film of my photobooth photos. With so many END_OF_DOCUMENT_TOKEN_TO_BE_REPLACED 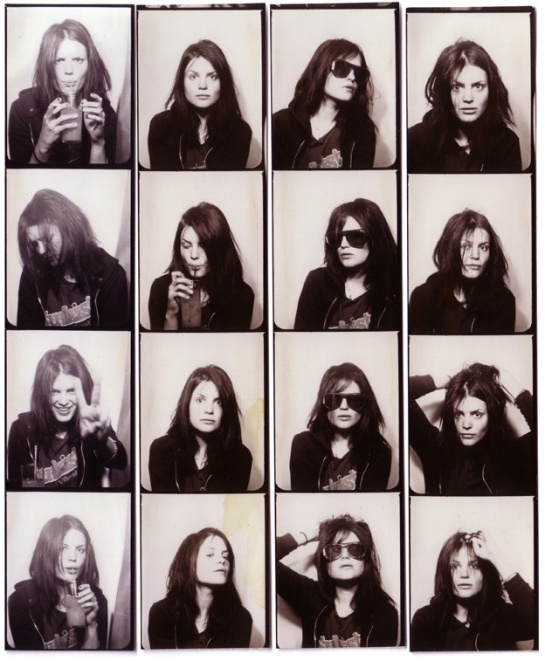 The Kills are an indie rock band formed by American singer Alison Mosshart and British guitarist Jamie Hince. They used photobooth photos to promote their albums and concerts for many years. The collection they present on their website, here, is extensive and fun for a lover of booth photos to explore. 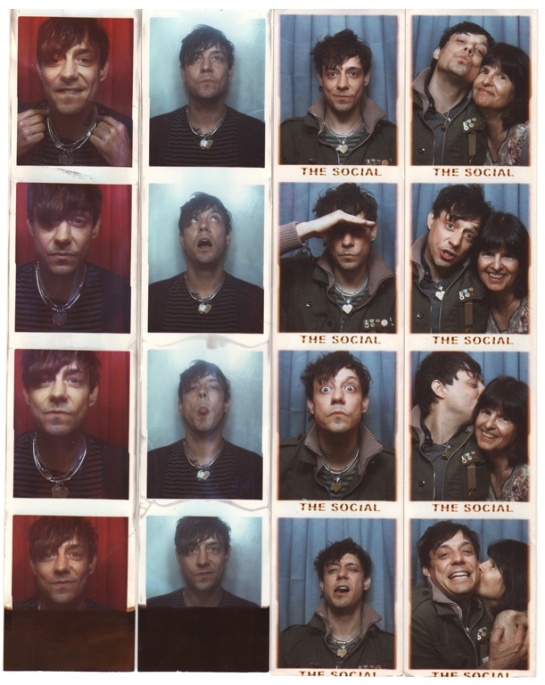 The sleeve of their début EP (2002), Black Rooster, (below) featured manipulated photos of Mosshart and Hince taken in a photobooth. 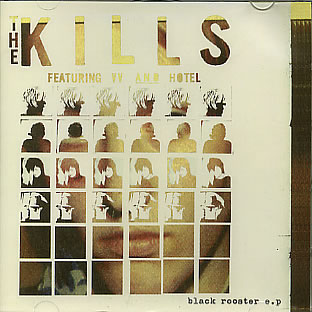 Their second single,  Fried My Little Brains (below), from their first album also featured a photobooth photo for the cover art. 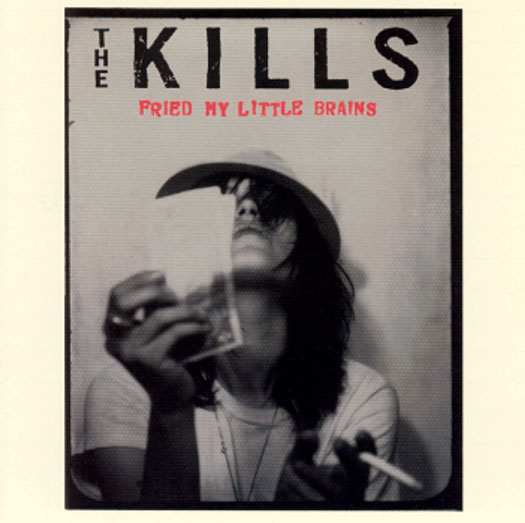 With not a clue in the world what the band sounded like, I took a punt and purchased their début album (below) Keep on Your Mean Side (2003) from which the above single was taken. I thought that if I didn’t like the music, the cover would be a nice addition to my photobooth ephemera collection. I loved it on the first listening. I was very happy that their music rocked as much as their obsession with photobooths!

POST SCRIPT – Since writing this post a fortnight ago, I have bought a second album, Midnight Boom (2008). I love this band!

The International Photobooth Convention presented by premier photobooth website  Photobooth.net, will be held at A&A Studios in Chicago soon. It runs from , June 6-8, 2014.

Details of the programme are below. There’s a good balance of events for photobooth artists, technicians, vintage photo collectors and for the general public. All are welcome to attend. It kills me that I won’t be there!!!

This photobooth is, in essence, a giant outdoor advertisement for McDonalds “Come As You Are” promotional campaign. Photomaton is the original company name for many of the world’s photobooths and is the generic term for the booths in France and other European countries.

The interactive booth is situated at La Defense in Paris. The  “Come As You Are” campaign focuses on the values ​​of diversity, acceptance and the spirit of hospitality. The booth has a touch interface which offers the public an opportunity to take pictures that are integrated directly into the campaign visuals on a giant screen. As you can see from the video, the participant receives a large printout of their photo from the booth and can also receive the picture via email.

The video was only posted 24 hours ago on the production company’s Vimeo page, so it is possible it is still up and running. Any readers in Paris able to pop over and check it out? Let me know what you find.

Tattered and Lost Vernacular Photography blog is run anonymously by an imaginative, dedicated blogger, who also publishes books on vernacular photography. There is an element of fun in most of the posts, a lot of social history and some melancholia. Through keen observations and sometimes, lateral thinking, the commentaries on each photo reveals something more about American life, past and present, than might have been clear at first glance.

Evidence of the author’s vital imagination oozes from this blog, no more so than in the Time Travelling Celebrity category, which recently featured a photobooth photo of a gentlemen who very closely resembles the British actor Alan Cummings. (Click here to see original post). The author supposes that Alan has slipped into a time machine and whizzed back to 1940s USA, recording the adventure in the photo, above.

I love the concept of this series. In my mind there is a connection between a photobooth and Doctor Who’s TARDIS. They are of similar size and form and one can enter into each and then close out the rest of time and space. They are both “bigger on the inside” – one’s intentions and imagination creating the illusion of this, in the case of the photobooth. Finally they are both vehicles of time travel. The TARDIS can travel infinite distances through space and time. Photobooths work more slowly, sealing a fragment of time on paper,  a moment that moves with the rest of us at a minute at a time, hour by hour, day by day.  (See my photos in the category Photobooth Time Machines).

There are more photobooth photos to be found on the blog, like the one above, and there are many more to be found in the archive link, here.

Below are two more notable examples. I hope you will visit Tattered and Lost Vernacular Photography and enjoy exploring  what you find there.

Please watch this wonderful promotional video for Meags Fitzgerald’s new book Photobooth: A Biography which will be published by Conundrum Press this month. You can see more of the book HERE and HERE.