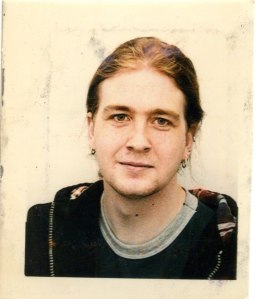 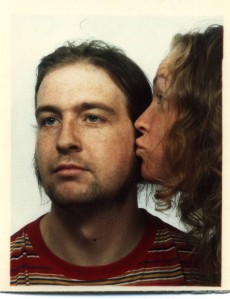 Tim is my much adored brother-in-law, a native Dubliner, husband to my sister, Sue, and father to Penelope (above) and Calvin. He is a sparky (electrician) and in all the recent economic troubles of Ireland, he has rarely, if ever, been without work.  Why ? Timmy works hard, but better than that he gets on well with everyone and people enjoy having him around. He is a very likeable bloke, despite his desire to appear curmudgeonly. Like most Irish men (and women, now I come to think about it,) he loves a drink. Imbibing makes his, frequently incomprehensible, Irish accent, fluid, mellifluous, and colourful in a way that makes for many an amusing evening.  Yes, Tim, when you are drunk you are funny – very, very funny.

Unlike most men I know, Timo’s first thought on coming home from work is to get out with the kids to play games.  He doesn’t pause for a rest or cuppa. He adores his babies, and of course they adore him back. He cooks! Like me, he stirs the pasta with the same spoon as the sauce, which never fails to annoy my little sister. But hey, he cooks! (Or maybe that only happens when I am visiting them in Ireland? Lets wait for some comments from his sisters and wife to see…)

All up he is a top guy whose only failing is to have taken my sister so far away from Australia. I have almost forgiven him for that, due to him having given us Aussies beautiful Irish grandchildren/a nephew and a niece. Love ya Timmy! (And he says “Grrrumpf” back.)