Patty looks to me like the epitome of the swinging sixties. The pale pink lipstick, the heavy eyeliner and probable false lashes, the sunglasses perched jauntily on her beautiful, raven, back combed hair, all suggest a go-getting 1960s girl about town. What I love about this photo is that surely this would have been Patty’s image for a very short period of time? I can imagine all her future incarnations, as styles of hair and make-up changed. She would have been blown about on every new trend, as an example to her clientele of what was “in” at that moment. Maybe she was the creator of some new styles herself, working hard on the professional competition circuits?

Pat looks to be in her trainee uniform and has a chain around her neck with a pendant that spells out a word, which I cannot make out, even with a close zoom. No matter, that too was a very trendy look at the time.

Maybe Patricia is still working?  This item comes from a large lot of similar licenses that were sold on eBay recently. All had photobooth photos of different styles attached. Given there were so many together, I would imagine it came from the records of the Division of Licensing in the State of New York. It is a peculiar thing that in the USA, so many of these documents are allowed to make it into the public domain. I am not complaining, as I love these wee slices of history, but maybe Patricia and her cohort wouldn’t be so thrilled. 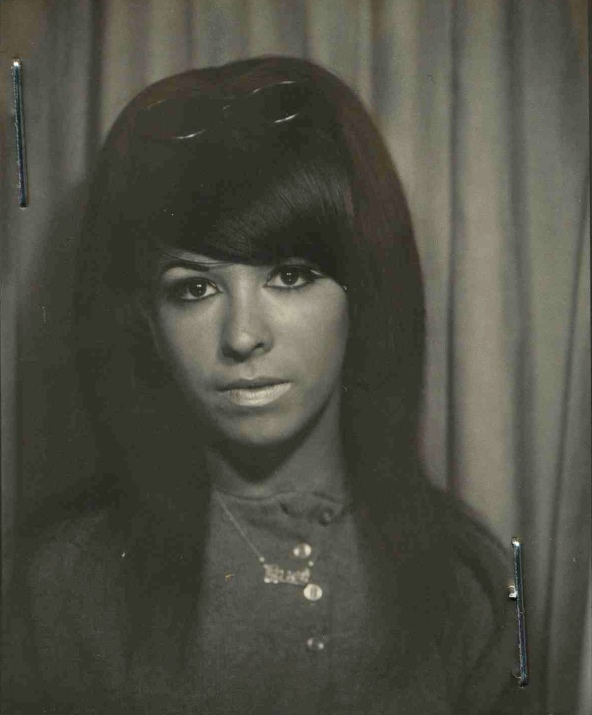