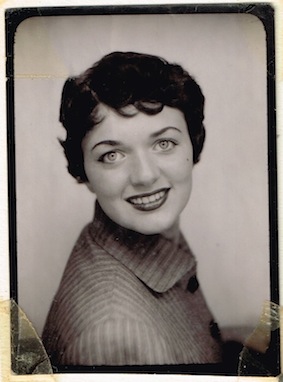 As some of you will know from reading my About Me page, I have a health condition that makes my life quite difficult. I struggle to sit up long enough to do a post on many days. On other days, I am just too fatigued to even try. Therefore, I really love it when someone enjoys something I have posted, enough to do some research on one of my photos. Brett Payne from Photo-Sleuth blog has done just that for one of my previous posts in the series The Actors’ Agency.

In Part 9 of the series, I introduced Gisele Salvador, an aspiring actress, or possibly model, from Paris. Brett found a Gisele M Salvador who married a Ronald E Kahn in Dade County, Florida in February 1959. His source was Ancestry.com. Could it be her?

My reply to his comment was, “I suppose it could be her, but remember she was living in and looking for work in Paris around that time.” Having assumed these photos were taken in the early 1960s, I stated that there was no reason she couldn’t have married an American in his home town and then moved with him back to France, or even had a very short marriage before returning to her country of birth. Of course there are many other possibilities, too, but I did think the likelihood of Brett’s Gisele and my Gisele being the same woman, unlikely.

Brett was undeterred and did some further research. In another comment he wrote, “There is a tree for this family on Ancestry.com, too. Ronald Elwin Kahn (1941-1977) married Gisele in 1959 at Alachua, Florida, and they had at least three children. The eldest son appears to have died there last year.” (2016) This was great information, but I still wasn’t convinced as there was no evident French connection.

Bravely, Brett worked on. He found an entry in the US Social Security and Claims Index which shows a Giselle/Gisele Marcelle Kahn, who was born 26 February, 1929 in Paris, France. She was the daughter of Jose Salvador and Marcelle F Perrin. “She must be the same person who married Ronald E Kahn in Florida in February 1959.”, he wrote. By this time, I had to agree.

So what we now know is that this beautiful, young woman married a very lucky American citizen, named Ronald Elwin Kahn, early in 1959. He was twelve years her junior. They were married in Florida and she apparently lived in the USA from then on, albeit with different husbands. It does strike me as odd that she was 30 at the time of her marriage and her husband only eighteen, but stranger things have happened. (That is of course assuming that his birthdate of 1941 is correct.) The date of her marriage suggests to me that the photo file-card, and these photos, date to a time prior to her knowing she was going to be leaving France, to live elsewhere. Assuming she was looking for work for some years before she met her future spouse, the photos must have been taken at some time in the mid 1950s and probably no later than 1958.

Brett also found out that Gisele became a naturalised US citizen on 9 January 1967 in New York and that she died on 8 May 2003 in Suffolk, New York at the age of 74. She was born in the same year as my mother. It is sad she has already passed on. My mum is alive and kicking, I’m very glad to say!

So a very big thank you to Brett for persisting with his research. I hope that someone from Gisele’s family will now be able to find this post and see these wonderful photos. Please thank Brett, too, by visiting his wonderful vintage and antique photo, history blog.

There are some other great photos in this series to come, and some previous posts you might enjoy browsing through. 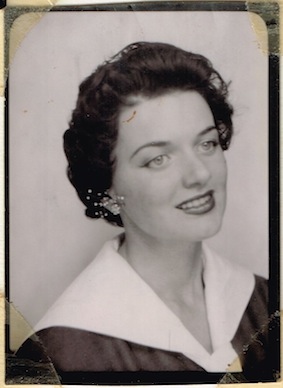