One of the best aspects of having been a Guide Dog of Victoria puppy raiser was the ability to go anywhere with your dog, including restaurants, shops, the cinema and all public places animals would not normally be allowed.

I took this photo strip on the first day that my first graduate, Charlie, came to Melbourne University with me. I was studying for a Post-Graduate Diploma in Education.

The Guide Dog Association is always very appreciative of the work volunteers do for them. Below are just two of the certificates they gave me during the three years I was involved with them.

When Charlie graduated, I was given a mounted portrait of him in his official working gear. I took it out some time ago to show a friend, as I am very proud of having been involved in his success, but didn’t put it back where it was supposed to be and thus was unable to find it to show you for this post. It is a beautiful professional photo and Charlie looked very proud of himself, I can tell you. 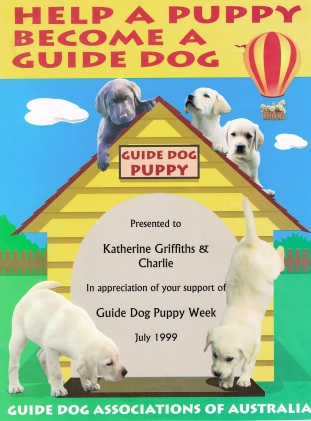 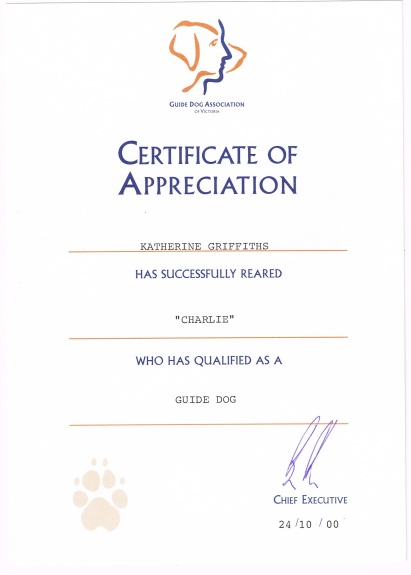 These come from my series Photobooth 41 Year Project. You can see all the posts that document the series by clicking here.